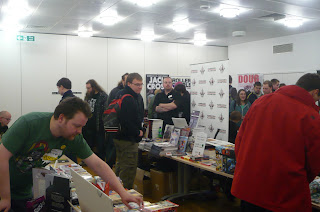 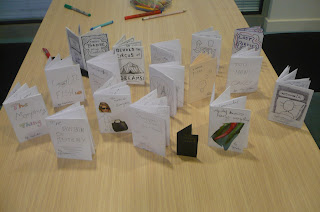 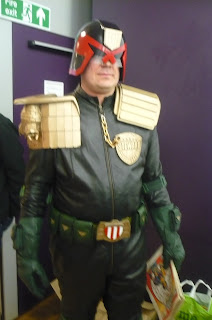 The Canny Comic Con is now over and I'm exhausted. It was an amazing couple of days of comic related brilliance. Starting at the drink and draw session in the Tyneside Cinema and ending with the raffle on Saturday it was a non-stop comic wonderland. It was great to see some real comics heroes alongside the local small press comic crew. It was good for a middle-aged judge to turn up and keep order.

There are far too many people to name check each but a round of applause must got to Alex whose energy and enthusiasm were boundless. All of the events, workshops and panels were great and the who event ran like clockwork thanks to the library staff and the efforts of Stacey, Paul, Britt and Iain.

My Mini-Comic workshop went well with the help of Mrs Cuttlefish, Cuttlefish Jnr and Matt B. There were a wide range of attendees and it was great to chat to people about making comics.

I caught a couple of workshops which were both great and then I won loads of Viz goodies in the raffle. Also had some good sales thanks to the Paperjam Comics stall. Particular thanks should go to Nat and Eve for helping to carry what seemed like half a ton of comic stuff back to my car.

It was great to see lots of old comics pals and some new ones particularly from GLoW (the Glasgow League of Writers). I finally met up with Gordon, my collaborator on A*r*c*n*e*. Although I didn't spend as much time speaking to him as I'd planned.

The drinks in the Five Swans afterwards was also great. I can't really remember what I was talking about but I hope I didn't embaress myself too much. 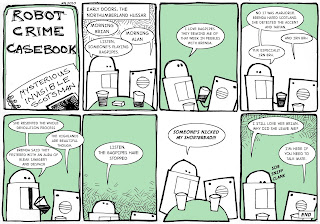 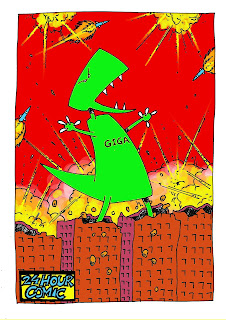