June 24, 2011
This is a sketch I did at last night’s Paperjam Comics Collective night.  It is a little one I did one biro with a page from Mike D’s notebook. It’s about the size of a Post-it Note. I gave the character the name of Alan the Nasty. I always seem happier with rough and quick sketches I do on scrap paper rather than big and planned affairs on A3 size.
It was an excellent evening at PJCC and as always it was great to talk to fellow comics geeks.  Amongst the evening’s topics were 70s TV Sci-Fi, plans for a new Paperjam Anthology, Sapphire & Steel, Peter Wyngard, Jack’s new dice-based game and a new zombie board game. There were lots of other things chatted about too, but most were too unsavoury to mention.
I also got issue 14 of the Walking Dead (No Escape Zone). I’ll go through my standard comic reading preparation ritual before opening it. So I may spend a week preparing myself and getting excited about it.
Also had a look at an open box of Munchkin game. I have been looking for a new game to play with the family for a while and this seems like the one. But I ended up postponing the purchase as I spent my cash on the Walking Dead.
Paul, Hollow Earth, Thompson spent the evening drawing a couple of pages for the Music Anthology. Britt and Faye both made flick books, one about a plant the other about a chicken (‘A Chick Flick’, J Fallows).
Alan the Nasty Britt Cartoon Faye Jack Fallows Paperjam Comics Collective Paul Thompson Walking Dead 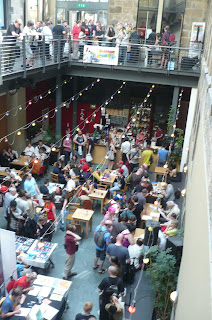 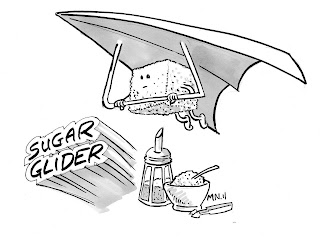